COPD is an obstruction of the airways which makes it difficult to breathe. COPD is a lifelong condition and is irreversible. Some patients may live in the end stages of COPD for years, and others may live only weeks. While there is no way to determine when the end stage COPD symptoms will begin, there are several things you can look for. Patients with COPD are deprived of the oxygen their bodies need. This results in shortness of breath and the patient will get tired easily. The weaker the body becomes the more the COPD patient will want to rest. As the symptoms progress, the patient will get weaker and they will avoid as much activity as possible.

Patients generally prefer to spend much of their time in bed, sitting, or laying on the couch. Simple tasks such as washing dishes, doing laundry, showering, dressing, and even going to the restroom will become too much for the patient due to their decreased energy. Lack of appetite is also caused by the decreased energy level. Low oxygen will result in the low energy and this causes the patient to be weak. The weakness explains the patient’s lack of appetite. As the end stage COPD symptoms worsen, the patient is made to feel as comfortable as possible. Oxygen machines and medications may be prescribed.

The patient will eventually become so weak that they will become bedridden. After any activity they will be short of breath, yet will not be gasping for air. These end-stage COPD symptoms can cause confusion to occur due to the lack of oxygen to the brain. Many patients become angry and frustrated at this, and anti-anxiety medications may be prescribed. The end stage COPD symptoms may require a breathing tube or ventilation. In most cases, patients reach a slow and peaceful decline as their COPD nears the end stages. 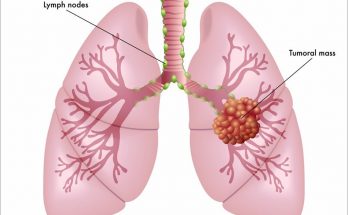 What are the different types of Lung Cancer?